Welcome to this site!

This is a guide on how to spend the New Year holidays in Japan simply.

“Shogatsu” refers to the New Year holidays in Japanese.

For Japanese, it is an important time of the year.

We welcome “Toshigamisama“ to our home.

Toshigamisama is the god of farming and is believed to visit homes once a year.

Basically, Shogatsu is an event to welcome Toshigamisama.

The end of Shogatsu varies depending on regions and families.

For example, in the Tokyo area Shogatsu ends on January 7.

To bring in the New Year, we clean our houses, decorate it, and eat soba.

We begin preparations for Shogatsu at the end of the year.

To provide a relaxing atmosphere for Toshigamisama, houses are thoroughly cleaned.

This work is called “Oosouji”.

We display Shogatsu kazari (decoration for the New Year celebration) before the coming of the New Year.

There are many variations of Shogatsu kazari.

A pair of Kadomatsu are displayed on the right and left sides of the entrances of homes.

Divine spirits live in pine trees, so the kadomatsu symbolizes Toshigamisama’s descent from the heavens.

Shimenawa are often seen in a Shinto shrines in Japan.

It means a holy place.

During past New Year holidays, they were displayed in homes.

It has gradually been simplified and changed into its current form.

Kagami mochi: a large, round rice cake offered to the gods

When New Year holidays are over, we eat the kagami mochi.

This custom is called “Kagami biraki”.

Japanese traditionally consume soba noodles on the night of December 31.

The soba which is eaten that night is called “Toshikoshi soba.”

Toshikoshi means the passing of the year.

Why do Japanese eat soba?

There are many opinions, but the truth has yet to be uncovered.

・Soba is long and is thin; it symbolizes a long life

・Soba is easy to cut; it symbolizes the cutting off of bad luck.

・Goldsmiths collected scattered gold dust when they were using buckwheat flour in the old days; it means pray for luck with money

How to spend Shogatsu

When the New Year arrives, we go to a Shinto shrine or a temple and pray for good luck for the new year.

This is called “Hatsumoude”.

There are some representative foods of Shogatsu: Osechi and Ozoni.

During the New Year holidays, we eat Osechi with our families.

Osechi is a generic name for foods which are thought to bring us good luck.

・Kuromame (black soybeans): It is eaten because we believe it makes us live diligently.

・Kazunoko (herring roe): It is believed to increase fertility.

・Tadukuri (Small fishes of the sardine): It is eaten because it will bring us a good harvest.

Many families made Osechi in old days, but recently it has become common to purchase Osechi at shops.

Ozoni is a soup with a variety of ingredients (vegetable, meat, sea food) with rice cakes.

The soup and ingredients vary with geographical areas and families.

We eat ozoni to get power from Toshigamisama.

On the morning of January 7, there are manners and customs to eat “Nanakusagayu”.

Nanakusagayu is a rice gruel which seven kinds of medicinal herbs contained, and we eat it in the hope of being healthy during the new year.

For New Year holidays, we generally eat a feast; Nanakusagayu has the effect of calming tired and upset stomachs.

That covers the various items and customs needed to spend the New Year holidays in Japan.

This has been a brief and simplified introduction.

Please feel free to leave any questions in the comments section.

Though I am poor at English, I will do my best to reply. 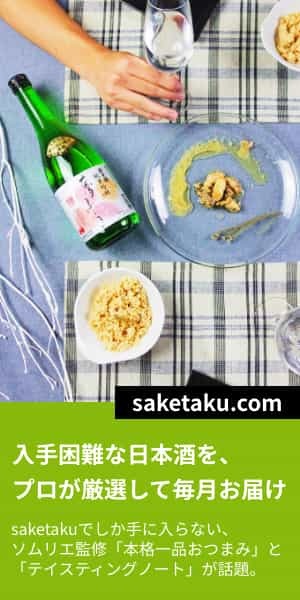